Home Android Microsoft Edge: sharing with Windows 10 and Android is coming! How it will work

Only Microsoft Edge was missing for the exchange and sharing of “tabs” with Android. Well, those who are using the Edge Canary build v92.0.873.0  and the version of Edge for Android number 92.0.870  will certainly have noticed that the developers have filled this gap and that from today it is possible to exchange active tabs on the Windows version with the Android one. A feature that other web browsers like Chrome already have but was missing in Edge. The future for more and more users who use it, therefore, seems increasingly rosy with the arrival of sharing between Windows and Android.

Microsoft Edge: this is how the tabs will be swapped with Android

The functioning of Microsoft Edge in its Tab sharing is quite in line with what has been done with other realities. Indeed, it basically does not differ too much from what Google Chrome already does and this means that even with Microsoft Edge directly in the Edge address bar it will be possible to find a special button to send the address or rather the url to the smartphone with Edge connected to the same account.

At this point on the Android smartphone the user will do nothing but receive a classic notification that will allow to confirm the opening of the tab  received from Microsoft Edge on Windows. This notification will clearly include various information relating to the URL sent and on the one hand it will also allow you to understand from which device the source URL of the sent tab comes. 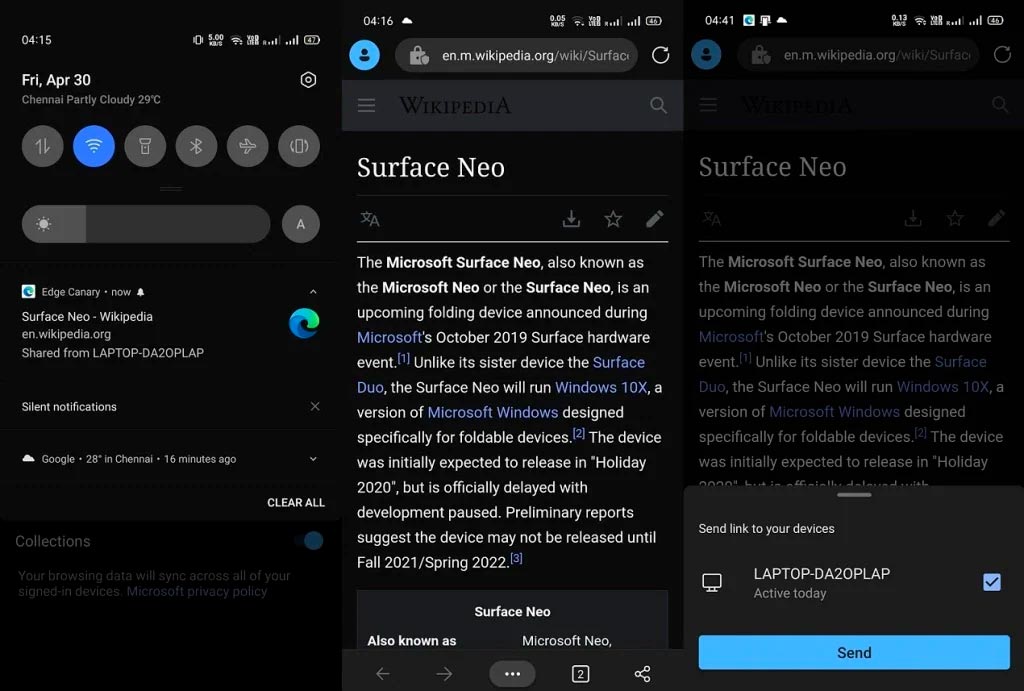 We clearly don’t know when the developers will decide to bring this new feature to the stable version of Microsoft Edge . In fact, hopefully soon because the convenience of being able to exchange tabs found on Edge in the desktop version by sending them with a tap directly on Android, or vice versa, undoubtedly has no value in daily use of the web browser.