Home Money Polkadot, Bitcoin, Ethereum: what will 2021 be like?

Blockchain technology is becoming more and more popular. There are different types that can be used based on the needs, but also the problems: how can, for example, communicate different blockchains? For example, what if one is permissioned and the other permissionless , or are they both permissionless but have a different token? Or, as we will see in the case of Ethereum, how can you avoid congestion on the network, due to the numerous transactions that occur every second? The Polkadot project provides an answer to these problems , behind which there is also Gavin Wood , co-founder of Ethereum. A sign of guarantee, since he is the inventor of Solidity, the programming language at the base of cryptocurrencies such as Ethereum and coined the term web 3.0, in the “distant” 2014, the year in which he predicted the success of the smart contract ecosystem.

Interoperability and scalability are the concepts underlying the functioning of Polkadot, a cryptocurrency with a curious name (in English it means “dot with polka dots”), which refers to its structure. 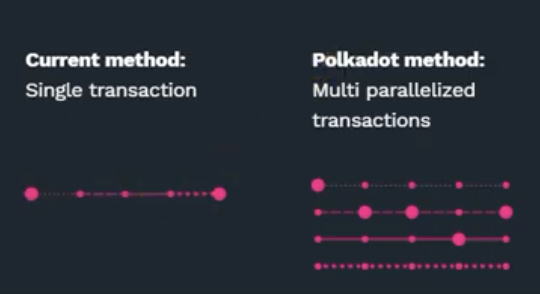 Consecutive and parallel blockchain in comparison

Regarding the similarities with Ethereum 2.0, they are evident: while Vitalik Buterin’s blockchain implements shard chains , Wood has opted for multiple chains, defined parachains ; these are connected with respect to the main blockchain, the heart, defined as the relay chain .
The latter was developed on Substrate , a distillation of Parity , which is the basis of projects such as Ethereum and Bitcoin. Also, the Polkadot project is compiled with Wasm, which is web assembly, very performing language, the best possible for the development of such infrastructures. Not surprisingly, the major tech companies, including Apple and Google, are deepening and using it on different projects.

On the basis of these elements, it is undisputed to argue that Wood’s project uses the best technology currently available.

Another element, compared to Ethereum 2.0, are bridges : these allow Polkadot’s parachains to interact with different and independent blockchains, such as Bitcoin or Ethereum. Big news in the world of cryptography.

The first feature is very interesting, namely interoperability: Polkadot facilitates the exchange of information between different technologies and between different blockchains, whether public or private, even in the presence of smart contracts . In fact, it combines various technologies, different from each other, creates an infrastructure for all blockchains; it can be compared to HTML, which allows sites, browsers, servers to interact on the Internet in a completely transparent and homogeneous way.

There are those who call it “the Internet of the blockchain”.

In practice, it means being able to transmit data through permissioned and permissionless blockchains: this allows the creation of transversal applications, which also operate between public and private blockchains.

On the official website of Polkadot, for example, it is stated that a private school could send proof of a diploma through smart contracts, on a public blockchain and that a hypothetical ministry, therefore, could connect to this private blockchain to verify authenticity. and the veracity of the diploma.

What if a blockchain doesn’t need a continuous exchange of information, but a much slower flow? To solve this situation there are the parathreads , conceptually close to the parachain, but according to a pay-per-use model . 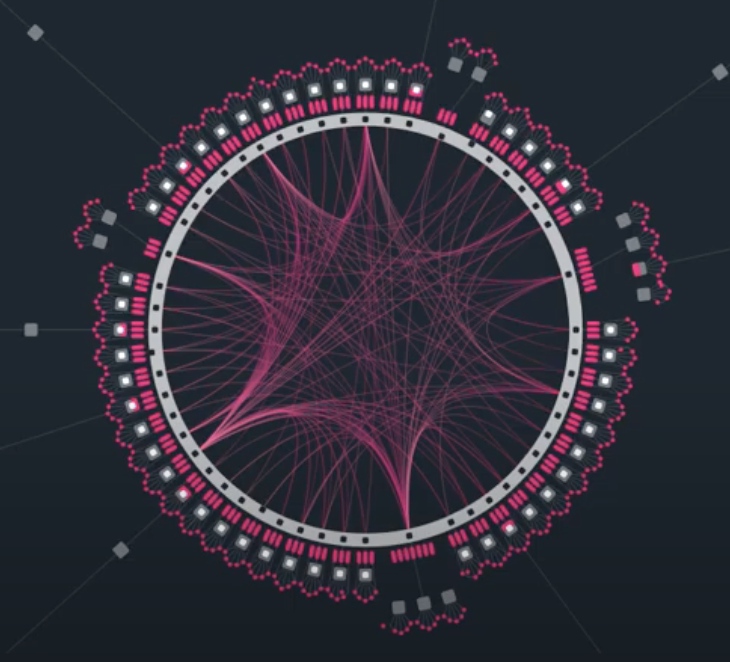 The stages of mining: setting a goal and cryptocurrency. Find out more

From a governance point of view , Wood’s blockchain is forkless , therefore immune to forks , considered a source of danger. This means that decisions are and will be made by the whole community, by users of the network, without the possibility of forking.

Furthermore, the Polkadot ecosystem is extremely rich, thanks to a series of projects related to smart contracts, IoT, privacy, gaming, DeFi , etc … 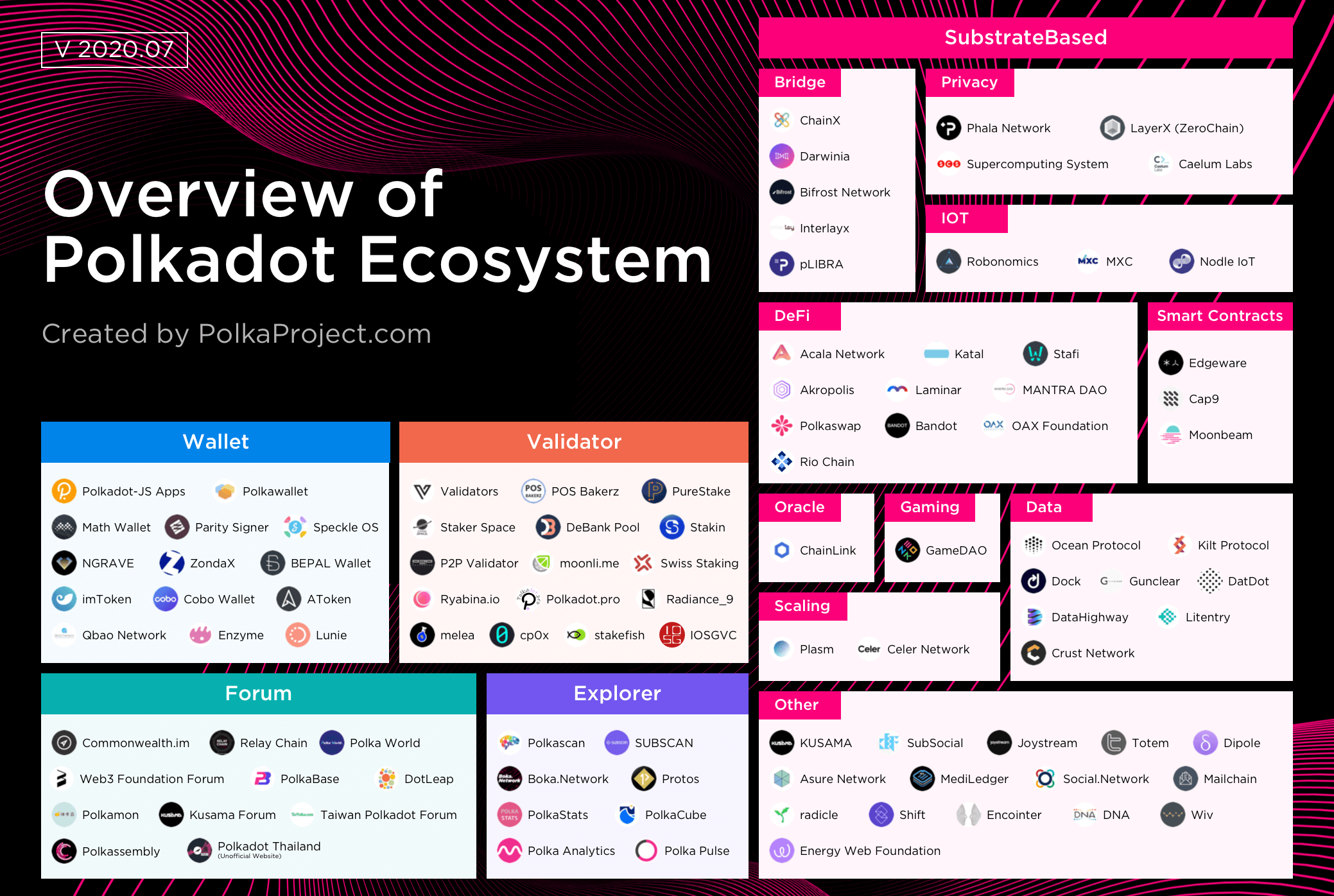 This ecosystem is very particular; binding a project on this infrastructure means engaging a parachain, which consumes resources. It is understandable that the number of slots to be put on loan for use for those who want to integrate projects in Polkadot is limited, since the parachains are not infinite. To win a slot, real auctions are made by the participants; the first parachain will be truly functional and deployed by the first half of 2021.

Whoever wins the auction for a parachain, ensures its usability for a period of two years, at the end of which there are two possibilities: either the project is renewed, or it leaves room for a new one. Winning the auction involves binding an important number of DOT tokens in a smart contract, to obtain the “loan for use” of the parachain.

A project that does not have all the funds available may still have the right to participate, thanks to the parachain lease offering , which allows any person to offer their DOTs, financing a project deemed valid, binding them in the manner described above. The investor receives in exchange the rights, benefits or tokens themselves.
Once the period has expired, the investor will decide whether to re-tie his DOTs, or whether to take them back. Right now there are many projects that are springing up and are being tested first on Kanary Network, known as Kusama, Polkadot’s testnet. It is an environment in which projects, before landing on polkadot, are deployed and tested in a meticulous and thorough way.

It is easy to understand that this blockchain is based on a PoS consensus mechanism, which guarantees users an annual 12% on staking DOTs.

Brief notes on other cryptocurrencies and their prices 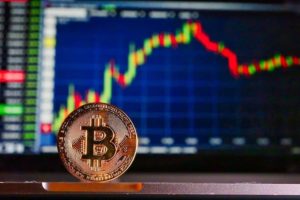 It was January 3, 2009 when the first block in the Bitcoin blockchain came to light : based on a consensus mechanism called proof of work (PoW), the first 50 bitcoins were extracted with the first block.

The first transaction took place after nine days: it is therefore undisputed to argue that, more than 10 years after the validation of the first block, the number one cryptocurrency by market capitalization has come a long way. However, this path has not been easy: there has been high volatility in recent years, which characterizes these types of markets, at least until today. In 2017, exactly on December 15, bitcoin touched 20 thousand dollars, and then made a significant correction in the following days.

If you analyze the data from Google Trend, it is clear that it was a bubble: in those days there was a massive search for cryptocurrency by users around the world.
This resulted in a high volume of purchases, which therefore created a fomo (fear of missing out), so almost everyone wanted to buy bitcoin.
The whales , or the subjects who hold a large number of btc in their wallet, liquidated their positions in a short time, making huge profits, to the detriment of last-minute users. Most of the latter liquidated, obviously at a loss: it should be noted, however, that some, firmly believing in blockchain technology, decided to ” hold”, Then continue to hold cryptocurrency, confident of a rosy future.

With hindsight, we can argue that this minority was right, but it is important to determine which factors led btc to current values: in November 2020 there was a significant rise, many wondered if a bull run was underway , or if, again, it was just a bubble. Since November, there were signs that the current situation was very different from that of 2017, also thanks to a global pandemic which, in general, provided a boost to technology: what would have happened in a few months. in years.
The latter has led to a situation in which various states, the USA among the first, have decided to intervene with economic aid, as is happening with Biden, by injecting large volumes of liquidity into the economy, by printing money: this determines potential inflation, as the US dollar loses value, as it has been doing for several months. Satoshi Nakamoto , in the bitcoin white paper, was concerned to illustrate that the system takes away the ability to print money from anyone, even central banks: everything is decentralized, users who validate transactions and create new blocks, receive a reward in bitcoin.
The crucial point is that the latter is inversely proportional to time: in other words, every 210 thousand blocks (about 4 years), the reward is halved: currently it is about 6 bitcoins, in 2024 it will be about 3, according to this mechanism, called ” halving “.

Equally relevant is a second consideration: in mid-January there was an important correction in the price, in a few days from the 42 thousand dollars touched it has reached below 30 thousand.
Glassnode is an online portal that shows on-chain data, which indicate that in those days huge quantities of btc were liquidated by whales, first causing a sharp decrease in price, immediately after panic selling , which then hit retail. (small investors), real targets of the whales: the majority of the latter have liquidated their btc, playing the game of whales.
The data show that those btc sold by retailers have been massively repurchased by whales in a few days, at an excellent price: bitcoins, in other words, have transited from retail wallets to whales in a few days .

These considerations photograph a situation in which, if it is true that the most well-known digital asset in the world is the subject of widespread speculation, it is equally true that, as it was conceived, due to the immutability of the computer code and mathematical algorithms, it assumes the form, at this specific moment, of a safe haven asset. We rely on decentralization, and on exact sciences, devoid of emotions and evaluations, unlike the human being: this is one of the logic behind Nakamoto’s paper, therefore of the blockchain in general.

We must never forget that the latter is the mother technology, also used by other cryptocurrencies.

ETH is the second crypto by marketcap , now known because its blockchain offers the possibility of regulating relations between the parties, through so-called smart contracts . So, if Ethereum is comparable to an engine, ETH is gasoline.
The problems that this blockchain has had in recent years concern: 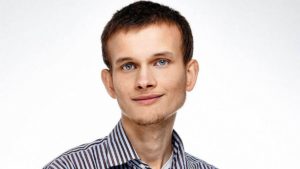 These three factors are attributable to the consensus mechanism underlying Ethereum, or the PoW: for this reason Vitalik Buterin , founder, inaugurated phase 0, on 1 December 2020, of what will be the transformation into a PoS mechanism.

Therefore, to validate transactions, a high consumption of electricity is no longer necessary: ​​it is sufficient that a multitude of users have frozen a sufficient number of tokens to validate transactions: those who stake their crypto, obviously do so because they have an interest in that the blockchain is always stable and secure.
It is important to reiterate that the validating users , who have joined Ethereum 2.0, are more than 16 thousand: this is to guarantee decentralization, as few validating users would lead the blockchain to be centralized or almost, making it almost useless in this context. function.
Regarding the speed, from 30 transactions per second, in the final phase, it will pass to about 100 thousand, thanks to parallel chains, called shard chains , which allow multiple transactions simultaneously. Currently the blocks are arranged consecutively, not parallel. This obviously affects the architecture of the Ethereum blockchain itself. This will result in greater scalability and a smoother experience overall.

With these premises, it is important to underline how a good outcome of this upgrade can determine an increase in the value of Eth: it is curious to see how, if in 2017 the latter touched 1,400 dollars, while btc touched 20 thousand, in 2021 it was not possible. reproduced this scenario: the all time high of eth has been reached recently and it seems not to want to stop.
The accomplices are this ongoing update and increasing attention around DeFi (decentralized finance).
In conclusion, 2021 seems to be a great year for blockchain, the year in which it could begin to consolidate, so much so that banks and some major companies are developing their own technologies on it.

The Digital360 Awards are back! Take part in the contest: over 160 CIOs will evaluate your project

About the Author: Wilbert Price